Purpose of Exercise: overcoming a distance with obstacles, with a wounded person after rendering first aid. 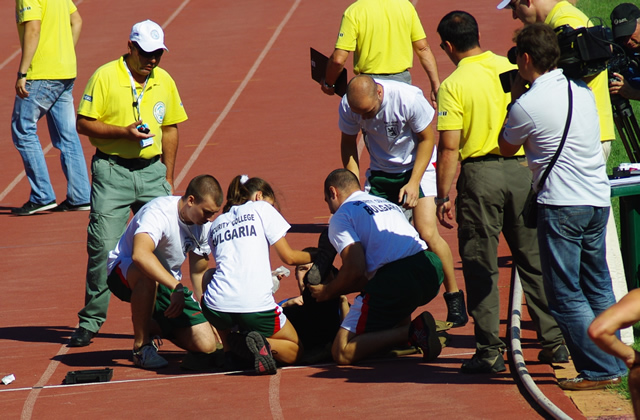 Time to master the route: according to the time measured by the referees.

Conditions and Order of Performing of the Exercise The competitors arranged in a formation around the guarded person are in a starting position at about 10 - 15 meters from the starting line. Upon a command from the referee, the team begins moving forward. Upon the signal "Start" (fired by a signal gun), the participants begin rendering first aid to the "wounded person", who has a gun shot wound in the arm or in the leg. The guarded person is an official weighing 75 - 80 kg., who is determined by the main referee of the competition.

Having performed the activities related to the bandaging of the "wounded person", the participants lay him on a tarpaulin, grab the four corners of the tarpaulin, lift it and set off along the route while overcoming two obstacles. 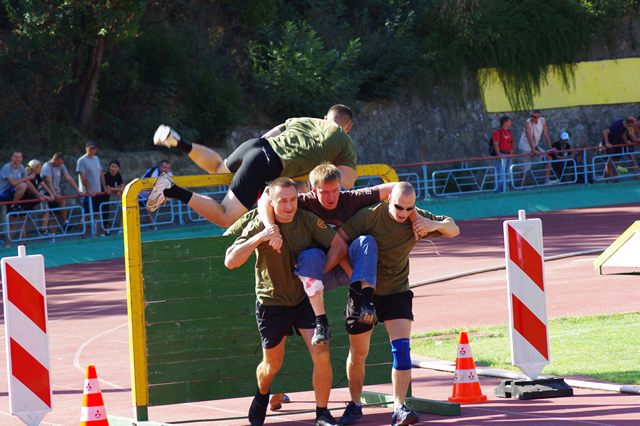 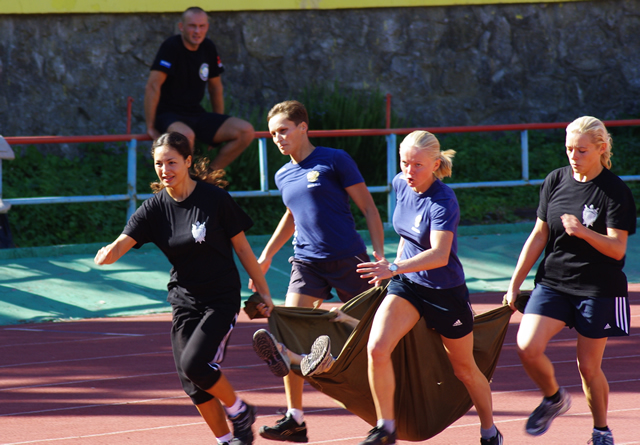 Assessment of the Discipline: The standing of the team is determined by the time for overcoming of the route measured by the team of referees. The referees stops measuring the time as soon as the doors of the car for the evacuation of the "wounded person" have been closed.

Standings: The team with the fastest time takes first place.